Rotating the B-wing, a How to

Here's a little more of the x-wing bug that has bit me. 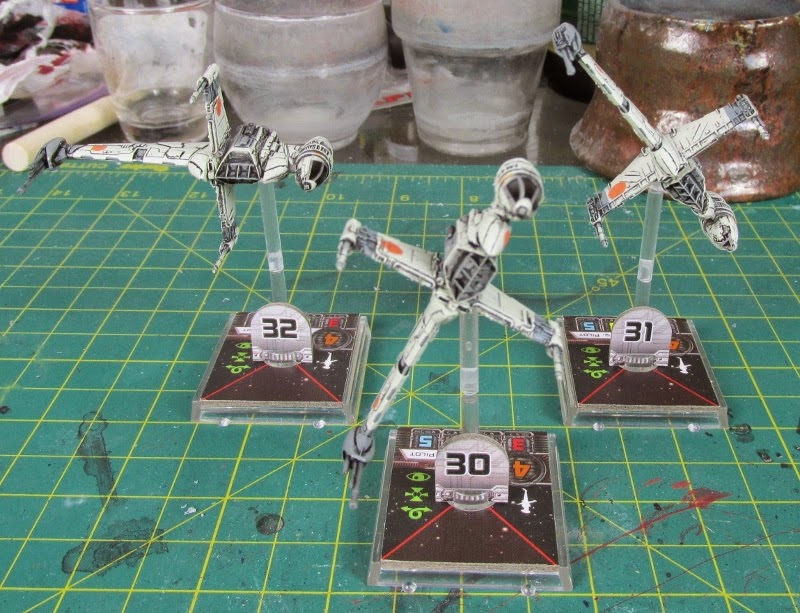 JJ typing, was at a midnight Wave IV tournament held at Your Moms Basement in White Bear Lake Township several months ago.  Chris from Twin Cities X-Wing eliminated my fleet of tie bombers with extreme ease then I instantly wanted to run his list.  Now I've been playing table wargames long enough to know the player is more important than what is on the table.  Still can't help but believe there's something to this list.  It is absolute murder.  After my second game was talking with Tony, also from TCXW, about getting some b-wings and making them so they can rotate like in the movies.  He said he's been meaning to do that and mentioned magnets.  Fast forward to now and here's the post.

Bought into this game end of last year.  Dove into the Imperial side of X-Wing.  There was only one model of the Rebels I liked and would purchase if I ever went to the dark side.  B-wing it was, finally purchased them last Friday. 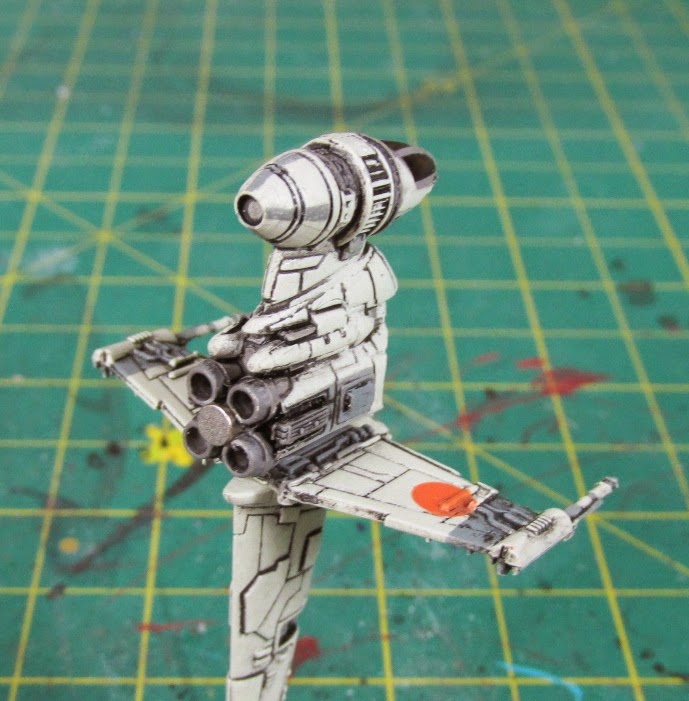 Unnecessary steps: Gave them a green wash with purple and silver accents. 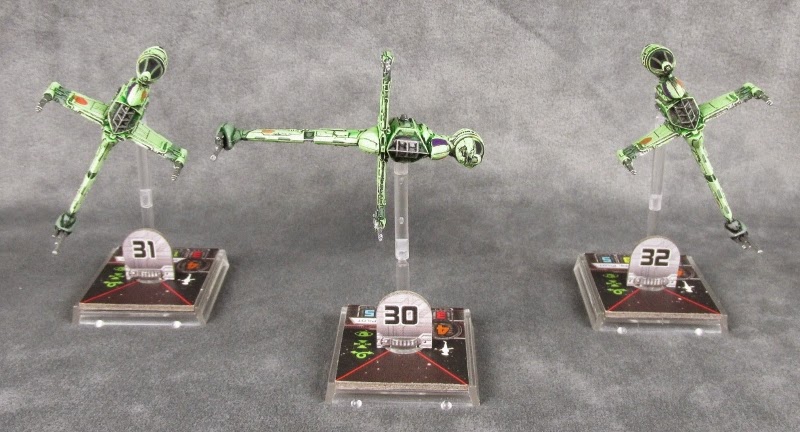 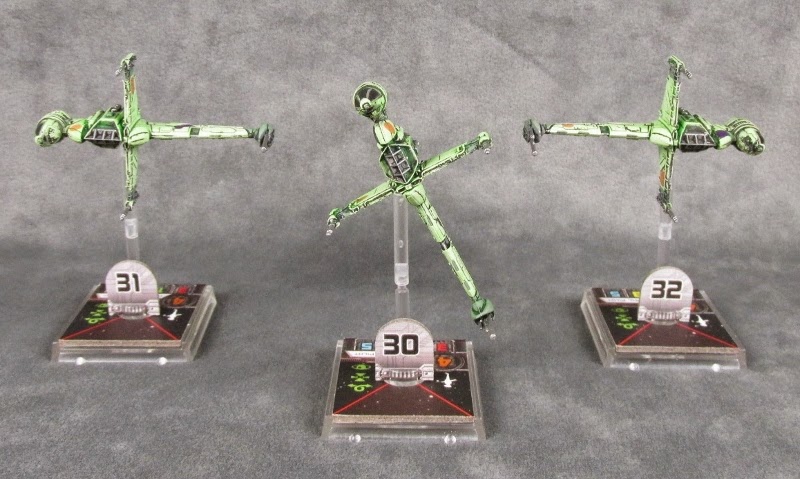 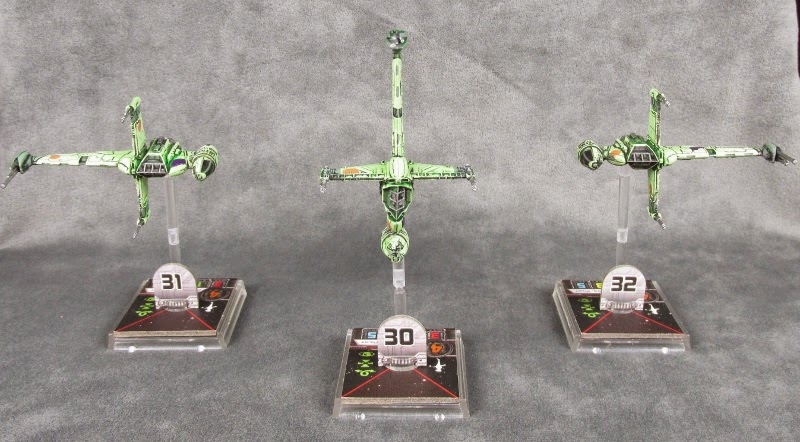 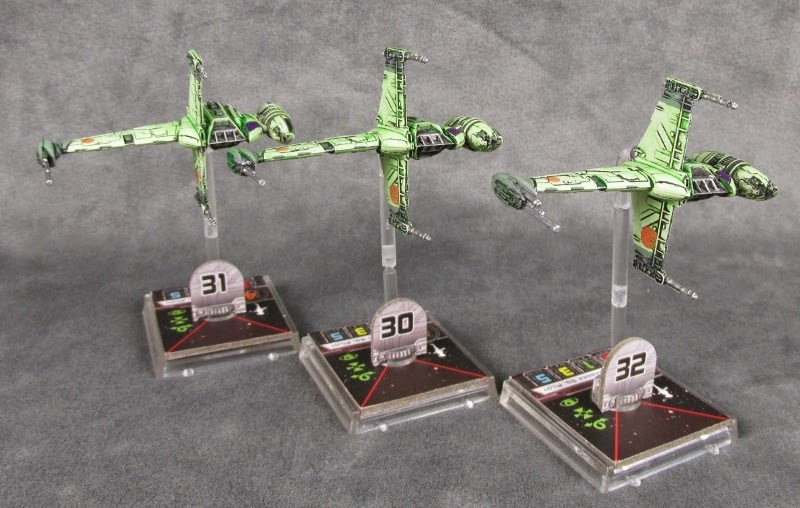 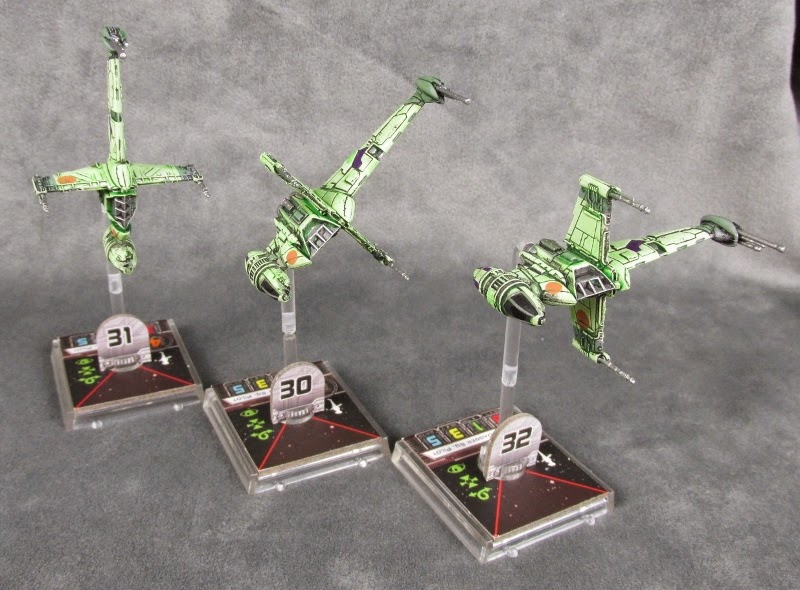 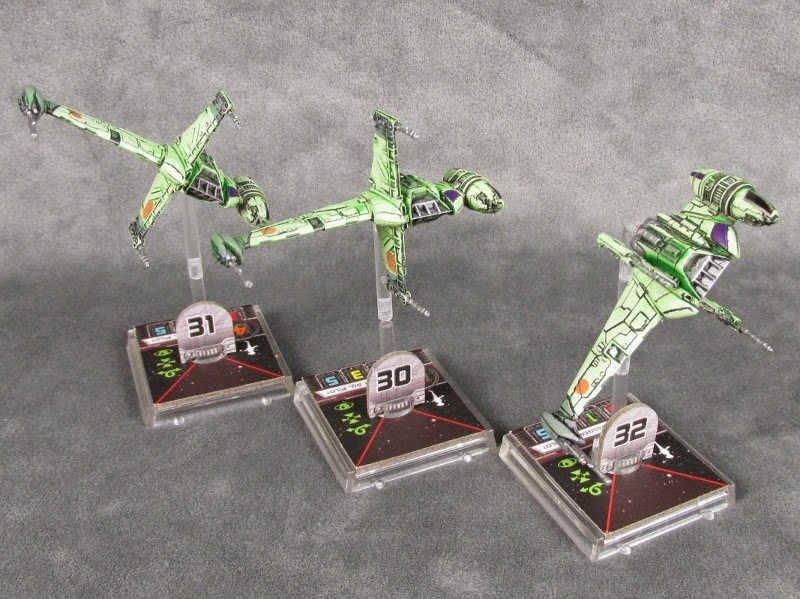 3x Dagger Squadron Pilot with Fire-Control System and Heavy Laser Cannon.  Comes in at 99 points.  Which is ideal for initiative in situations when pilot skills are equal.  Rest of the time it doesn't matter.

It is a pretty mean list.  You'll always be rolling four attack dice either because of HLC at range 2-3 or range 1 with your primary weapon because of the extra attack dice.  Down side you only roll one Agility die. Sort of an upside is criticals won't matter until your shields are gone.  Once shields are gone you run the risk of pulling critical cards that strips upgrades.  Fire-Control System is just plain mean for 2 points.  Looking forward to using The Crucifixion in my next X-Wing game.

Email ThisBlogThis!Share to TwitterShare to FacebookShare to Pinterest
Tags: Detail, How to, non-40k, Rotating B-wing, Tools of the Trade