Almost pointless post.  Except.  Thank you, Joe.  I now have my 6th ed corebook.  So far multiple wounds & wound allocation is a thing of the past.  Time to change army lists.  Which Joe basically said "duh."  Now Whip Coils on all my Wraiths. 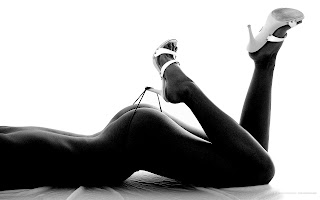 This isn't one of my games.  Its a game between two buddies of mine.  Lane and Bryan.  Before our Friday night roleplaying game a couple of weeks ago Lane mentioned he wanted to play 40k with me.  Not the usual game though.  A game where I help him out with tactics and stuff.  I thought it was a great idea.  Well our game master was on a plane to Santa Barbara on Fri.  Bryan suggested we play.  Lane and I got together like we usually do for B&B, beer and b#llsh*t, before the game.  I thought it'd be great to have Lane and Bryan play. 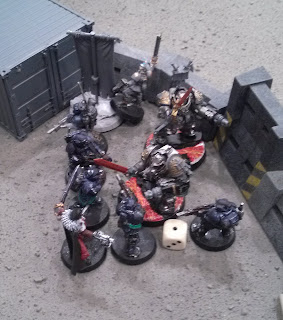 Lexicon Tuesday.  There's great deal of information about 40k all over the web.  Many of them use short hand to communicate their message.  I'm compiling a lexicon to help me decipher what they mean.  Warseer is great that it has the terms linked to what they can mean.  I endeavour to copy their method in the future.  In the mean time I hope you learn as much as I do if not more.

I've been dragging my feet on painting.  Amongst the welcoming arms of Morpheus for a couple of hours after work, spring humidity/temperature/allergies (my gaming buddies mentioned they were suffering from the same at last Fri roleplaying night) and wanting to do two projects at the same time.  There have also been several dvd releases lately.  Trueblood season 4 (finished today 6.16).  Breaking Bad season 4 (finished today 6.17, damn great show) and Burn Notice season 5.  All those things added together cuts into my painting time.  Which makes me upset. 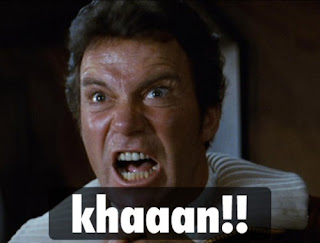 It puts the paint on the model

Over a year ago I was paint my Noir Engel Space Marine army.  During this time I was buying Dark Eldar for my Dark Eldar list.  Really wanted to put detail into my dark angels.  Make them look as good as the GW pics if not better.  I remember telling someone when I was painting at Fantasy Flight I want my Dark Angels to challenge GW's. 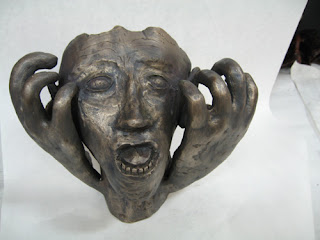 Just like the Joker card in Dark Knight.  How come army lists are all the same or extremely similar? 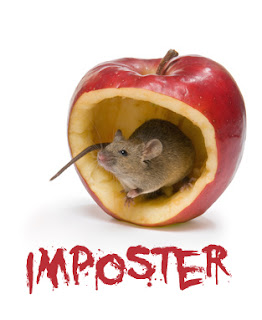 Lexicon Tuesday.  There's great deal of information about 40k all over the web.  Many of them use short hand to communicate their message.  I'm compiling a lexicon to help me decipher what they mean.  Warseer is great that it has the terms linked to what they can mean.  I endeavour to copy their method in the future.  In the mean time I hope you learn as much as I do if not more.

Have to say this was possibly the most fun I ever had in a 40k game.  You know those moments in games when you're expecting it to happen and it doesn't.  Well this was one of those games.  Regardless of the outcome this was a damn fun game.  I was excited for the rest of the night.  Wow, what a game!

Wow!  What a great game.  I had a damn fun time.  Finally it's the game I've been waiting for.  My new Dark Eldar list vs Imperial Guard.  I'm a big fan of Shawn, one of my favourite opponents.  He plays around with army lists to see how your list measures up.  If your list is too effective, he pulls out his Imperial Guard to smack you down.  Love that attitude!  My new list is designed to take on Imperial Guard.  I agree with Natfka that Dark Eldar can't go toe-to-toe with an army.  I want to try my best to make a Dark Eldar army that can.

As he has said, the list doesn't make the player.  As he also said, after a couple of games start using different units to see what works for you.

Won't be too many of these posts since 6th ed is coming out soon.  Wonder how these posts will change while learning the edition.

This post covers blast markers and how they affect vehicles. 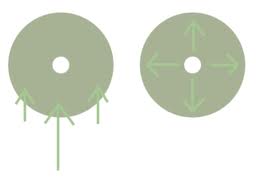 Time to fill out my new Necron army.  Now that my Necron list has Wraiths I better start putting together my Spyders.

This blog has been retitled.  Appropriately so.  Please for the love of the Emperor or Ynnead measure twice cut once!

It's been too long since I've done work on my 40k models.  As my buddy Bryan said in a friendly pick-on manner "Really just Boltgun Metal?  You put a pic up of just that."  Then laughed at my ridiculousness.

Tomorrow I start my Canoptek Spyders.  Hope I don't end up eating those words. 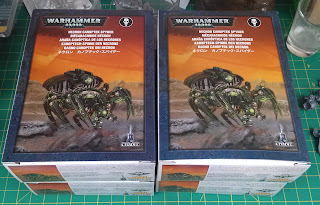