Another session and the last of the models are base-coated with exception of four wave serpents.  Those will be terribly easy to base-coat.

JJ painting, this is an Eldar army commission for Bryan. 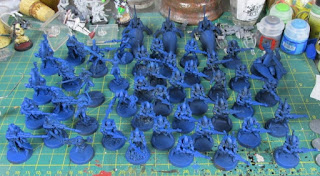 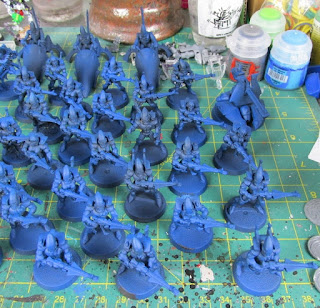 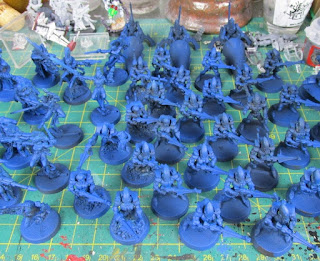 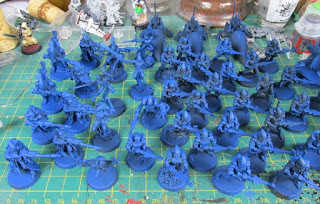 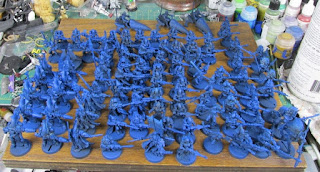 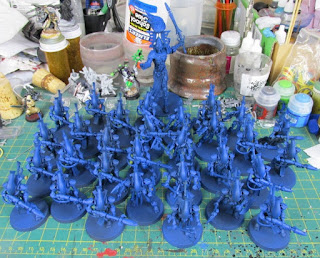 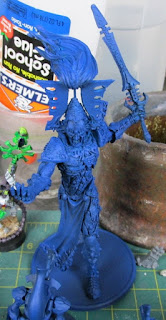 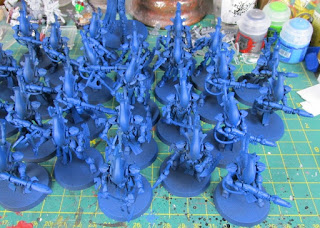 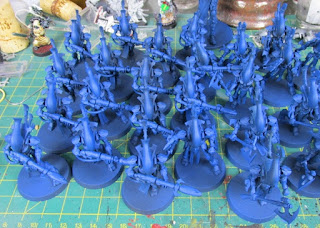 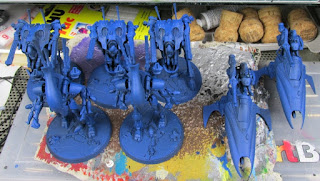 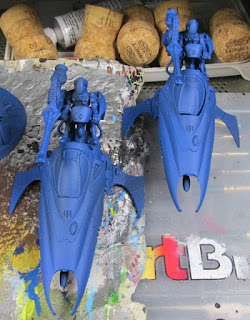 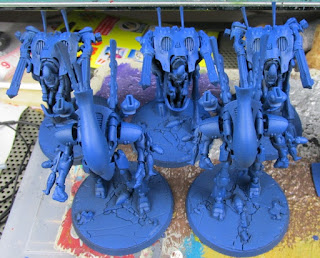 There are 168 models in this army.  With exception of the wraithknight, if it conservatively takes 3 minutes to paint each models weapons it'll take 8.4 hours to paint them all the first coat which leads to the next colour.  My idea is for all the weapons to be white.  8.4 hours to complete the army by the May 31st deadline is completely possible.  That means paint them when I get home Sat and Sun morning and paint half one day, then half the next.  However that'll just be the first colour not white.  Don't want the white to be all streaking since it'll be painted over blue, or in the case of the wraithknight black.  Want at least some part of this army to look decent.  There are already enough things to make me want to throw my hands up in the air and walk away from the table.  However I've disappointed Bryan enough times already.  Don't want to disappoint him again.

Already some of the models weapons received the first coat.  So it wouldn't be exactly 8.4 hours, that estimate could very well be wrong and it could take much longer.  I'm already rushing and skipping parts of the weapons in attempt to get it down to 3 mins a model.

On top of that I have seven projects, six of them being commissions, that demand my attention with great alacrity.  Of course the only one to blame for the situation I'm is myself.  Nevermind I can't start my new Alaitoc Eldar army until all these are cleared from my plate.  Hoping to start that in July.  Good the fuck luck! 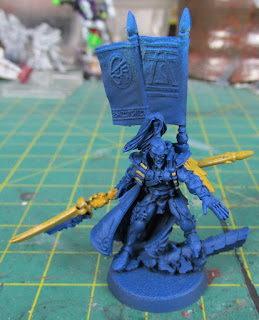 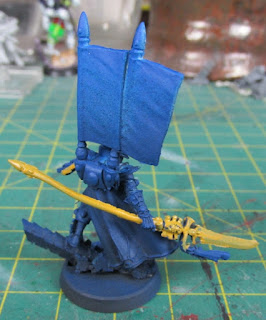 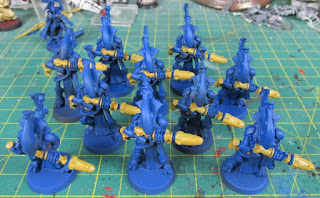 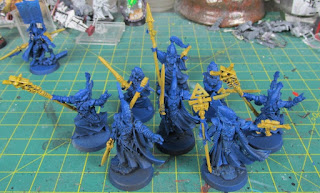 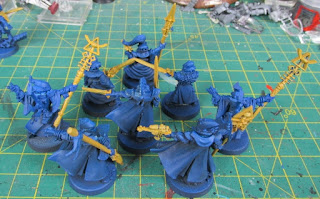 As of right now 444 mins, typed hours earlier, remain.  Let's see what happens this weekend.  For the love of Ynnead wish me luck and pray to the Great Painting Spirit to imbue my hand with swiftness.