This is my second 7th ed game under my belt came new rules and situations.  Feels good to make these posts again. 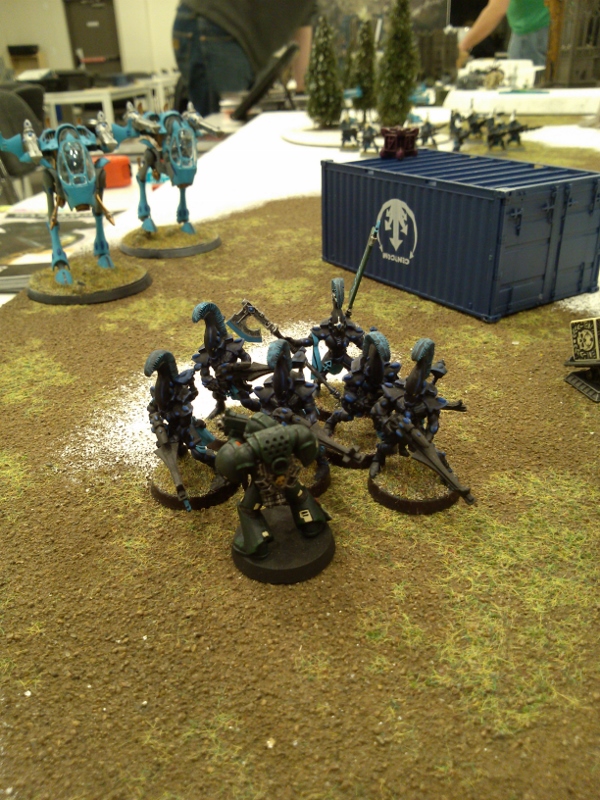 A unit that contains only models wiht the Battle Focus special rule can either shoot and then Run, or Run and then shoot, in the same Shooting phase.

Units that Run in the Shooting phase cannot charge in the following Assault phase.

Iny any other circumstance, a Wrecked model is left in place, and is treated as a Citadel scenery model with the different terrain type (pg 108).

Context: Devastator squad wanted to shoot at war walkers.  However the drop pod was wrecked by war walker shooting the turn before.  Still wouldn't have been able to shoot if the pod wasn't wrecked.  Putting this rule in the post as a reminder of how wrecked vehicles work in 7th ed.

Email ThisBlogThis!Share to TwitterShare to FacebookShare to Pinterest
Tags: 7th ed Rules of the Game