Here is the last set of rules from my the Noir Engel and Eldar game. 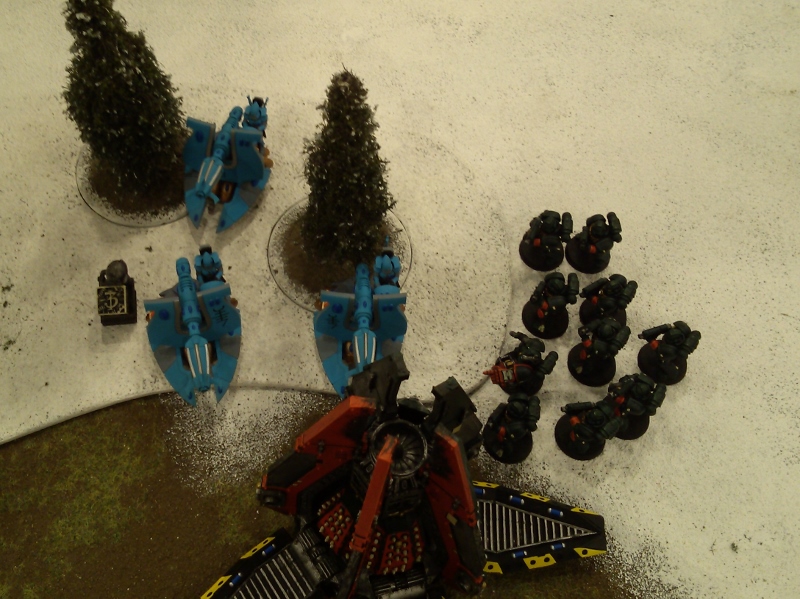 Context: For some reason I thought if you rapid fired with one shot at 12", which isn't an option, you can still assault.  Shawn said doesn't matter how you rapid fire you can't assault.

Context: Shawn and I were talking about 7th ed and how everything is scoring at the beginning of the game.  Later when looking up to see who was at objective markers we looked it up again.  He said Troops have Objective Secured and aren't contested for an objective marker when an enemy unit that isn't a Troop is at the same objective marker.

Email ThisBlogThis!Share to TwitterShare to FacebookShare to Pinterest
Tags: 7th ed Rules of the Game